Well done to everybody racing, with a record 68 athletes turning up at early o’clock on a Sunday morning to race in the Gorey Sprint Triathlon which took place on Long Beach with three 250m laps of icy cold but calm sea, followed by three 6km loops on the bike up to the top of Grouville hill and back, with a final 6 laps of the Gorey common.

There were some great performances with Ollie Turner and Demri Mitchell fighting it out for top spot, an impressive run split by Toby Edwards jumping 8 places on the run, and also Dougie Smith who efficiently doubled up at Transition Dictator before the race ensuring everybody was safe, whilst coming in the top half of the field despite stopping to sit on a bench twice during the run to empty his shoes of stones.

The Relay had two teams of competitors, with one of the runners busting out a seriously quick run split to almost catch the winners… well done!

Finally the Aquathlon which the Tristars (Juniors) competed in.

The Tristars also did a fantastic job cheering on the seniors on the run.  Lovely to see them cheering on Dougie below – legend! Lots of new faces today which bodes well for the club – if you haven’t joined there is still time: http://jerseytriclub.com/membership/ 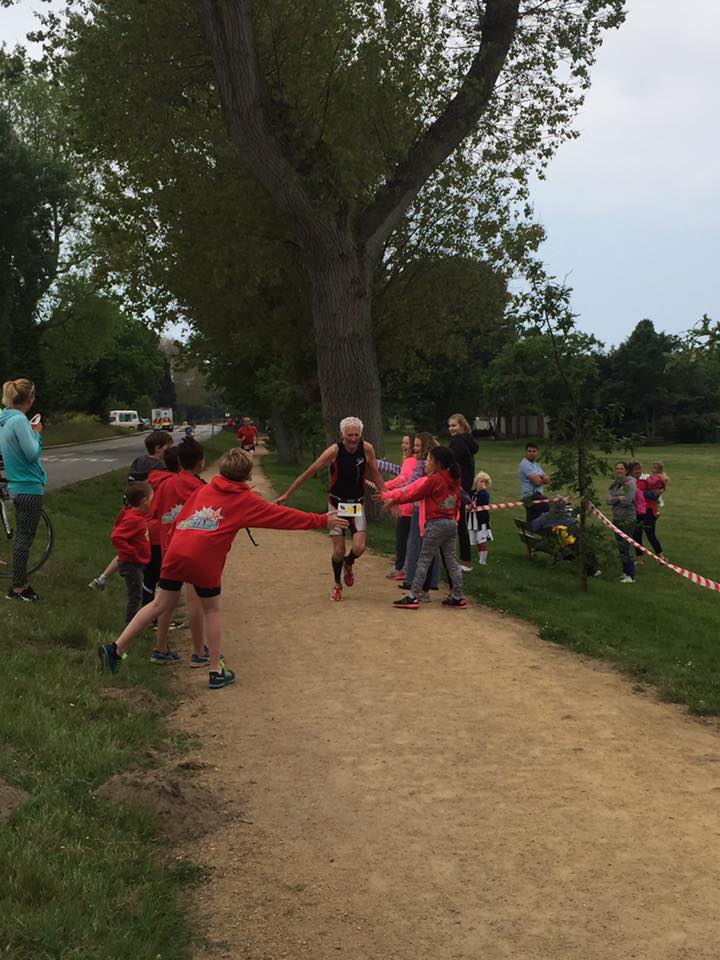