Super League Triathlon is THE game-changer. This is not traditional, swim bike and run.

Super League Triathlon is here to bring mainstream attention to triathlon and usher the sport into the big leagues of sport entertainment.

League Triathlon catapults triathlon into the hearts, minds, and living rooms of triathlon and sports fans worldwide. By offering incredible TV and digital content output with live race day television broadcasts, live race day digital streaming and Video on Demand content, we’ll be showcasing our Championship athletes and the sport of triathlon like never before.

Triathlon’s unique mass participation base has driven much of its growth across the globe, and Super League Triathlon Age Group stays true to the sport’s roots while giving it a shot in the arm. With age groups for men and women from 18 years of age to 70+, triathletes of any age can race the 626 format — a 600m swim, 20km bike and 6km run — at Super League Triathlon events across Asia-Pacific and the Gulf. Super League Triathlon events also feature participation opportunities for all with junior events, fun runs and health and lifestyle events as part of the event weekend, inspiring new generations to take up the sport.

Full details of the Super League Triathon can be found on the offical website: https://superleaguetriathlon.com 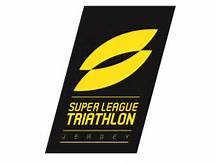