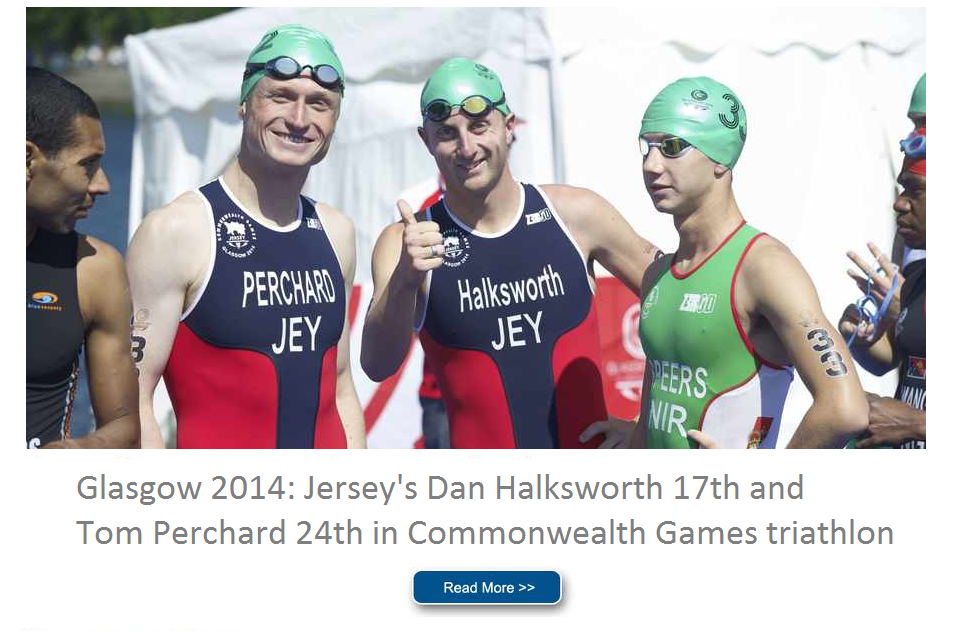 The Commonwealth Games Association of Jersey has confirmed their triathlon team for Glasgow 2014.

Daniel of course is a pro triathlete and winner in both 2012 and 2013 of Ironman UK, Bolton, recently joined the ERDINGER Alkoholfrei team and achieved a very impressive fourth place finish at Ironman 70.3 St. Pölten, Austria. While primarily focussed on Middle and Long distance triathlons now, Dan’s very strong swim (having previously competed in the Games as a swimmer), and bike legs should put him at the head of the race in T1 along with the like of the Brownlee brothers, all of whom will want to build a lead over Richard Murray (RSA) for example.

Tom Perchard is coached by Nick Saunders, and has taken a two year sabbatical to qualify for Glasgow. Tom won the M20-24 Age Group at the 2010 ITU Sprint Distance World Champs in Budapest. Like Daniel, Tom raced at the Windsor Triathlon and London Triathlon in 2013 in order to qualify for the Jersey team.

Nick also told us that he will also shortly be starting a performance programme in Jersey for the 2018 Gold Coast Commonwealth Games where they hope to have more athletes on the start line.

Best wishes to Daniel, Tom and Jersey team in Glasgow.