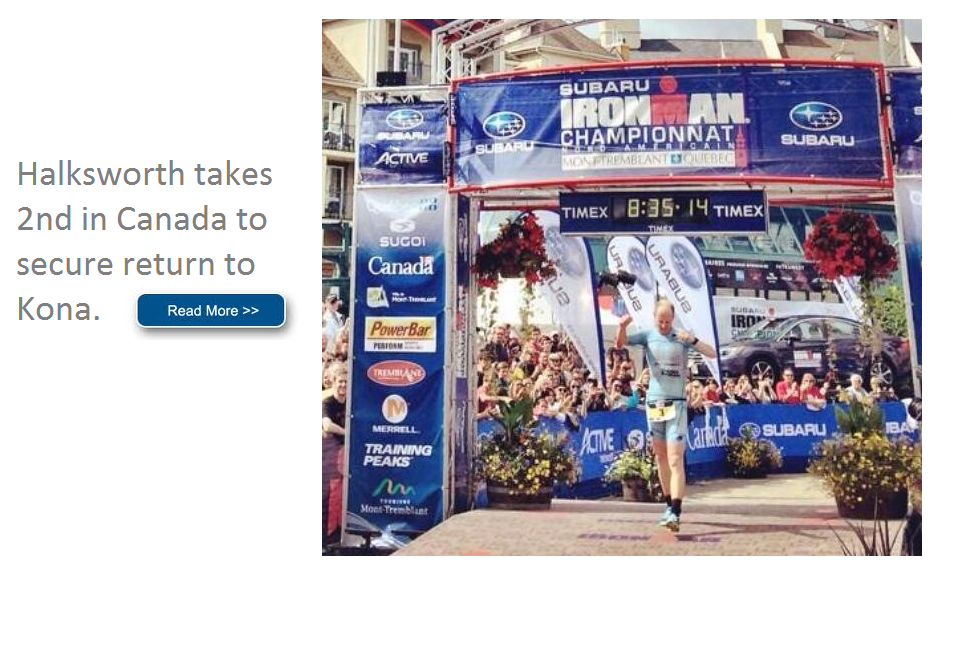 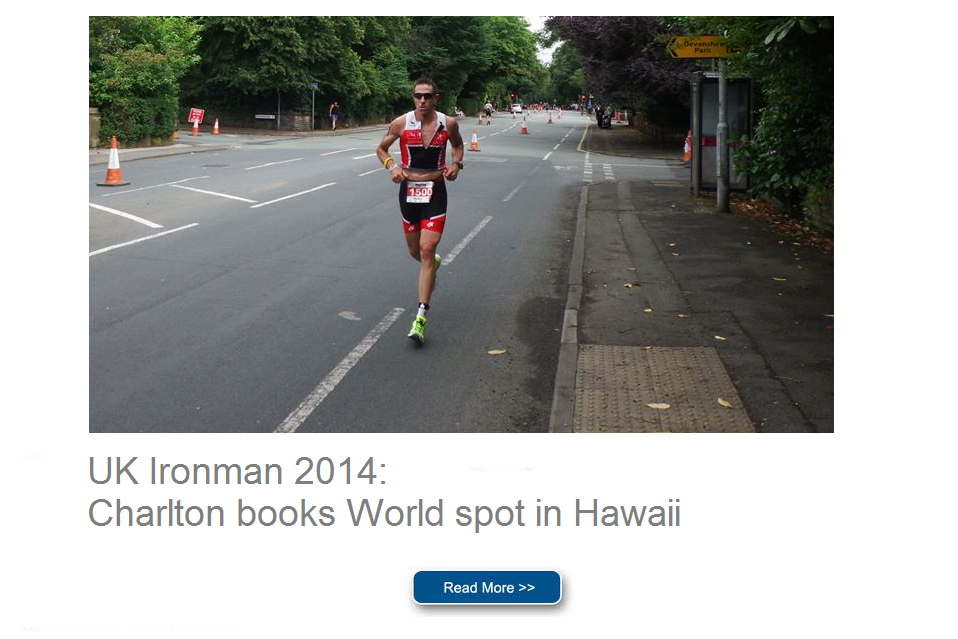 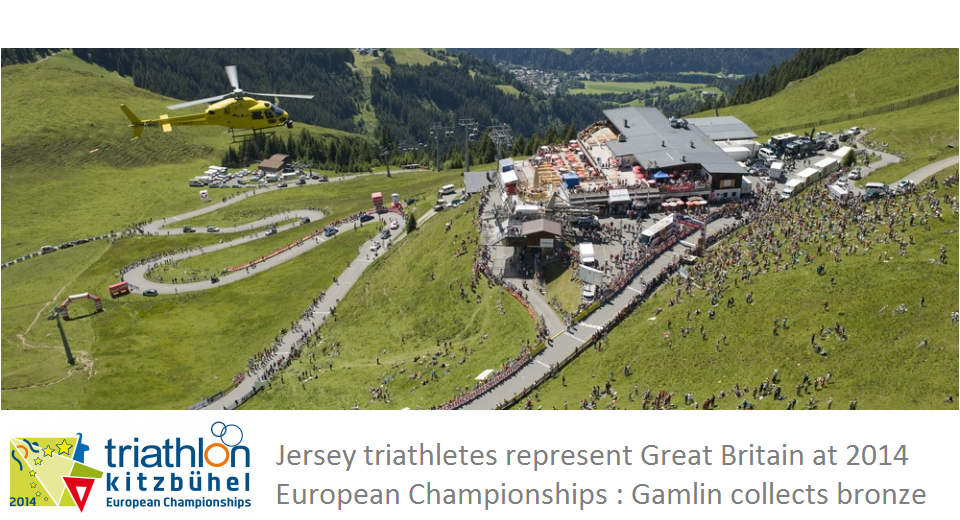 Four members of the Jersey Triathlon club represented Great Britain at the European Triathlon Championships in Kitzbuhel, Austria, the most legendary home of sports in the Alps. More than 2,000 athletes congregated in Kitzbuhel – elite, junior and para professional triathletes as well as amateur age group athletes from 39 European countries.

The race started with a one lap 1,500m swim in the Lake Schwarzee. We all waited nervously for an announcement about the water temperature. Earlier in the week it looked certain to be above 22 degrees centigrade which would have meant wetsuits were banned but luckily with a day of constant rain on Friday the water temperature stayed just below 22 degrees for Sunday’s race – so most of us were relieved to have the security of our wetsuits.

The swim was followed by what must surely be the most spectacular and impressive bike course in the now 30 year old European Championship history. But beauty came at a price. With the massively impressive Wilder Kaiser mountain range constantly in sight we had to master three uphill sections totaling 380meters in each of the two 20k laps. And no respite on the flats either as these turned out to be hugely completive non drafting “blast as hard as you can” affairs.

Equally impressive was the final run leg around the Lake Schwarzee – two undulating 5k laps with a short and sharp uphill detour thrown in just for good measure.

The Jersey Tri club had representatives spanning 30 years in age:

Tim Rogers – finished 11th in the 50 – 54 year old age group in a time of 2:22:26 – the most completive wave of the day as 81 MAMILS (middle aged men in lycra) lined up on the pontoon to contest this particular age group

Truusje Gamlin – finished 3rd in the 60 – 64 year old age group in a time of 3:03:50 – only 7 women made it to the start line in this age group but that did not distract from the thrill of standing on the podium representing Great Britain – the very same podium Alistair Brownlee had stood on the previous day! 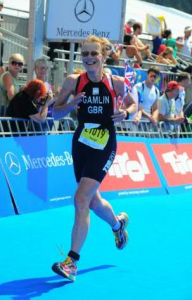 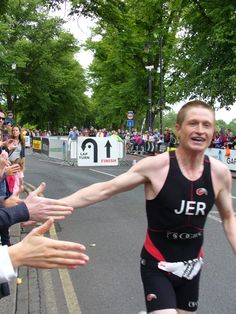